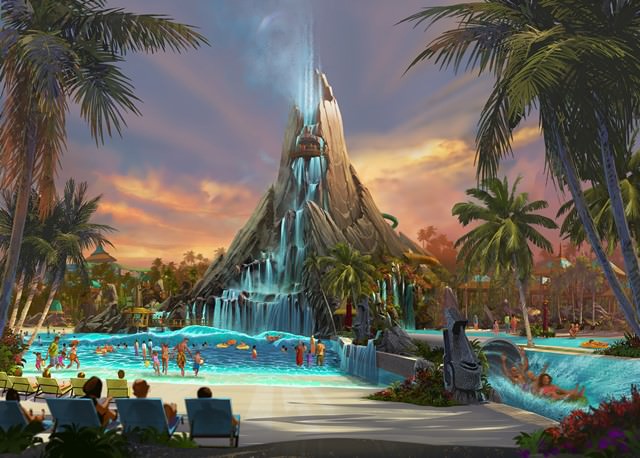 It’s official. Volcano Bay has been announced for Universal Orlando Resort, but the plans are a bit different than previously expected. In the official press release for Volcano Bay, Universal is describing the new experience as a ‘water theme park’. Universal goes on to describe Volcano Bay as “a place for the entire family. It will be a whole new generation of experience that reimagines what it means to be a water park.”

Universal also describes Volcano Bay as having “radically innovative, thrilling attractions” mixed with “peaceful moments of relaxation” in an “inspired guest experience that will forever change the perception of water theme parks.” The highly themed, immersive environment will be located just south of Cabana Bay Beach Resort as previously reported. The “postcard-perfect tropical islands” water theme park will be opening in 2017 as the third gate experience on Universal Orlando property along with Universal Studios Florida and Islands of Adventure.